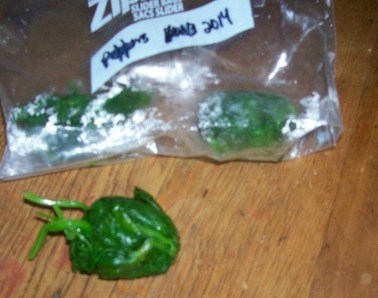 Yesterday I went to Simple Gifts Farm in North Amherst to pick up a weekly allotment of vegetables because our friend Tina, who is a member, is out of town this week. Simple Gifts operates on the Community Supported Agriculture (CSA) model, under which members pay a fee ($500 to $800 in this case) and then pick up fresh, organic produce weekly throughout the growing season.

I had been to the farm several times to interview people during my newspaper days, but since I grow a lot of my own vegetables, I have never been a member. It was so much fun filling up my bags and talking to farmer Jeremy Barker-Plotkin that I felt tempted to give up gardening and just leave the growing to the professionals.

First I filled a bag with over a pound of spinach, then got some Red Russian kale, kohlrabi and tatsoi. (I had never cooked with kohlrabi before, and last night I made a recipe using leftover lamb that I found by googling “lamb” and “kohlrabi.”) I also got a globular vegetable I’d never heard of with a name something like habuki. Then I walked to the strawberry fields and picked four quarts.

I knew this was more than we could eat in a week, so we gave away a quart of strawberries to a friend. This afternoon I tried my hand at making Spinach Balls. I love spinach but have never been able to grow enough to freeze.

Using a recipe given to us by our friends David and Victoria, I first washed the spinach, then steamed it, a quarter-pound at a time, for about two minutes. Then I put it in cold water, swished it around a little, and took a handful and squeezed it tight, getting as much water out as possible. Each spinach ball was about the size of a big egg. I put them immediately in three little freezer packs and into the freezer. (The water I dunked the steamed spinach in produced six quarters of soup stock.)

The whole process took less than an hour, and a pound and a quarter of spinach produced nine balls. It will be great to eat this nutritious vegetable next winter!

One thought on “Great balls of spinach!”